In 2013 Freshford resident Julie FitzGerald led the way on an action plan to preserve the colony of swifts that live in Freshford and Limpley Stoke.

Swifts are amazing birds that migrate north from central Africa to breed each year. Successful breeding pairs will head straight for the nesting site that they used the previous year. Swifts need a high ledge or crevice to nest in that they can easily access from the air. However, due to modern building methods and repairs made to old buildings suitable nesting sites are increasingly hard for swifts to find.

They return from Africa each year at the start of May. They can be seen flying high in the sky and can be easily identified by the screaming calls they make.

Back in 2013 the swift colony in central Freshford was made up of 8 nesting pairs in 1 house. This house needed essential roof repairs, but despite attempts to preserve the nesting sites only 1 pair returned to nest after the repair work was done. This left our local colony as a handful of nesting sites in the wider area around the village.

Swifts are attracted to nesting sites by the calls of other swifts in the existing colony. As the numbers of nesting pairs in the village dropped, there was a risk that Freshford would no longer be a home for these fascinating birds.

Julie, and Limpley Stoke resident Tom Harper, put together a plan to save the Freshford swift colony. Twenty four other suitable nesting sites around the village were identified and swift boxes were installed ready for summer 2014. One of those nest sites is above the Freshford School Kitchen.

After a long wait, in the summer of 2017 a pair of swifts chose one of the three school nest boxes. Unfortunately, in 2018 this nest box was taken over by great tits (a common problem with swift boxes) and the swifts didn’t nest.

Everyone was delighted when the swifts 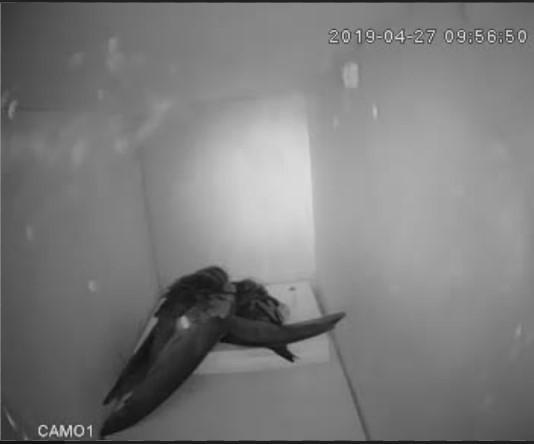 returned from Africa in 2019 and one pair chose to nest at our school. Amazingly, nesting is the only time in their lives that swifts ever land. These birds who chose our nest box were probably fledglings from this area that left for Africa in 2017 and continued flying for the next two years!

These swifts bred successfully in 2020 and 2021, and have returned safely in May 2022. We look forward to seeing them raise their chicks again this year.

The children at Freshford School care passionately about the environment and are keen to do their bit looking after the environment in whatever way they can. They can enjoy seeing the swifts above the playground, knowing that by sharing their school with these birds they are contributing to the conservation of the Freshford swift colony.

Incidentally, our school logo, designed by Phoebe Ritchie (ex-Freshford pupil and daughter of Rosy Ritchie), was inspired by the Freshford swift conservation project. Although in the final version the duller looking swift was changed with a bit of artistic licence to its more colourful relative the swallow!

Unfortunately not the ones with chocolate chips.

Some cookies are necessary in order to make this website function correctly. These are set by default and whilst you can block or delete them by changing your browser settings, some functionality such as being able to log in to the website will not work if you do this. The necessary cookies set on this website are as follows:

Cookies that are not necessary to make the website work, but which enable additional functionality, can also be set. By default these cookies are disabled, but you can choose to enable them below: